On this website we use our own (first-party) and third-party cookies to collect statistical information about your browsing activity, to personalise your experience (e.g. language), and to personalise the ads you see based on your preferences, in accordance with the profile based on your browsing activity (e.g. any websites you have visited). You can accept all cookies by clicking “Accept and continue browsing”, or configure or block them by clicking “Change cookie settings”. See our Cookie Policy for more information.

You can change the parameters that affect the cookies we use.

The Helsinki-Vantaa airport is the country’s largest airport, and also one of the busiest airports in Scandinavia. The Terminal 2 expansion project included the buildings known as “City Hall” and “Security Box”.  The “City Hall” building houses the check-in and arrival areas, while the “Security Box” is where the security control and baggage claim areas are located.

Travellers arriving at the airport are welcomed by a large glass-enclosed area, which conveys a feeling of spaciousness. This large glass surface also lets in lots of natural light, something in high demand in all public spaces. The design called for certain requirements offered by glass, that is, protection against excessive thermal loads and overheating, and also acoustic insulation and protection from the cold air outside. The last two requirements presented a major challenge due to the extreme weather conditions seen during the greater part of the year and also the building’s acoustic conditions due to its use and location. Another important consideration was its design and final cost of the glass. These challenges were successfully addressed by Lasiliiri Oy, in cooperation with Teräselementti Oy.

Glass covering a total surface area of 2,500 m2 was manufactured and installed; both the size of the glass and their design being the main challenges for the manufacturer. Lasiliiri Oy’s investment in the Pujol lamination line made it possible for the company to manufacture all the large laminated glass at its own facilities, which ensured the successful completion of a project of this magnitude.

Both façade and interior windows feature Evalam-laminated glass, which was chosen because it offered better results when compared to PVB lamination. Evalam, a brand belonging to the Pujol Group, is the first EVA (ethylene-vinyl acetate) on the market whose properties surpass those of PVB. Its main advantages are excellent light transmittance, high adhesive strength, superb acoustic insulation, resistance to humidity preventing delamination, and crosslinking capabilities. This latter feature provides a unique reinforcement to glass thanks to its cross-linked molecular structure that lends resistance and durability to the laminated glass. Crosslinking in Evalam is more than 87%, making it the ideal solution for projects that demand high performance. 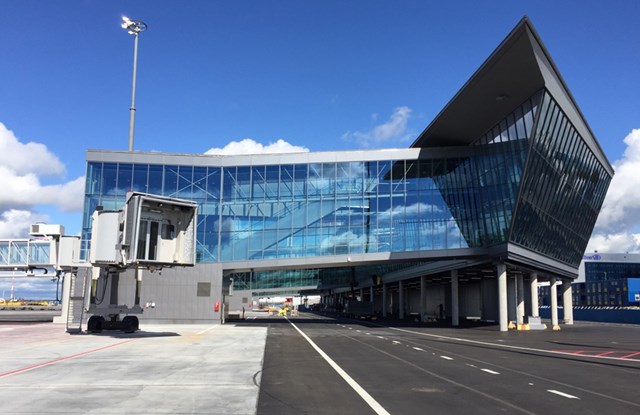 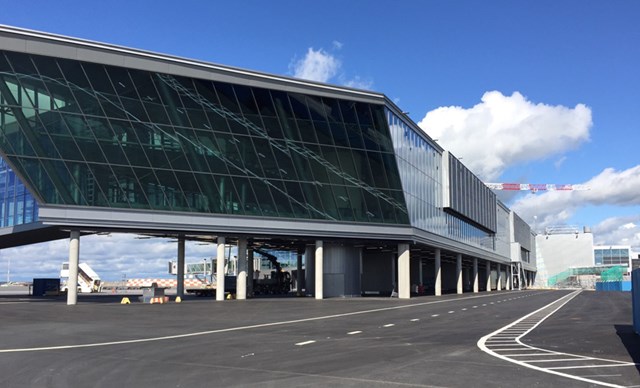 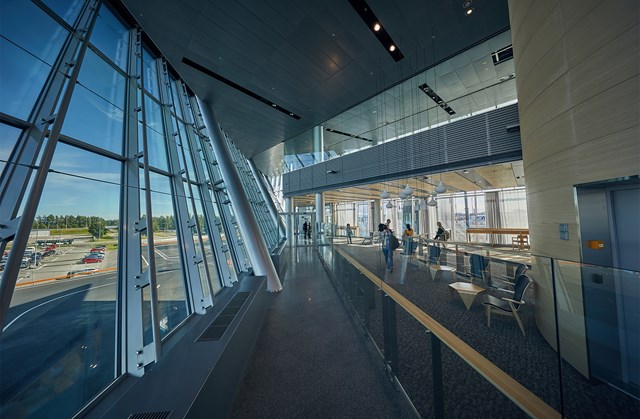 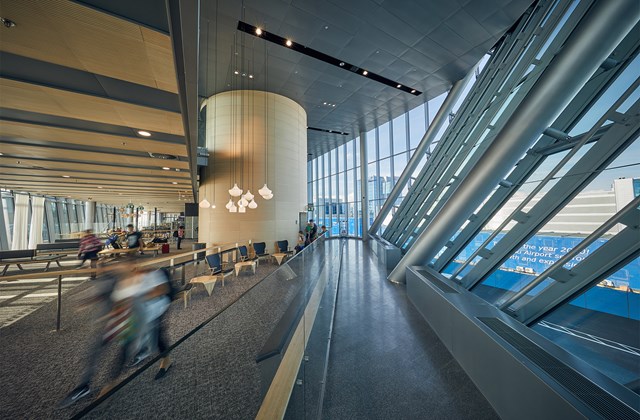 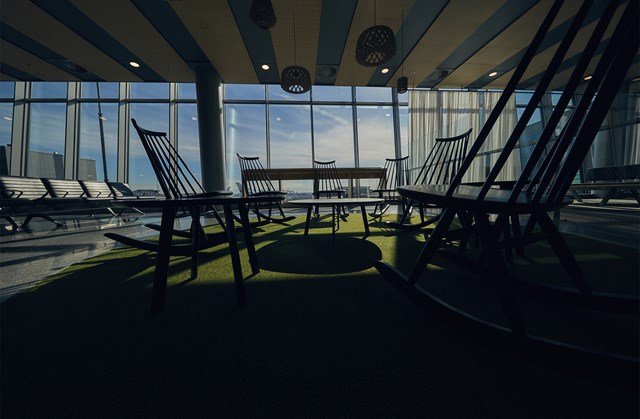 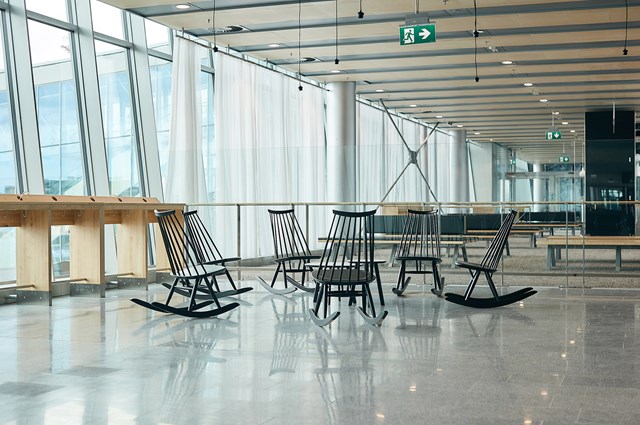 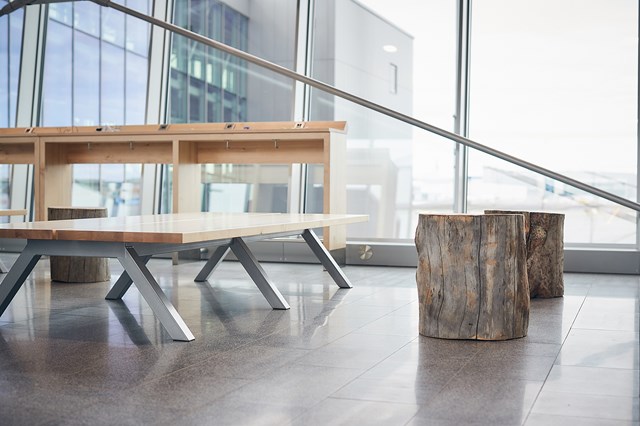 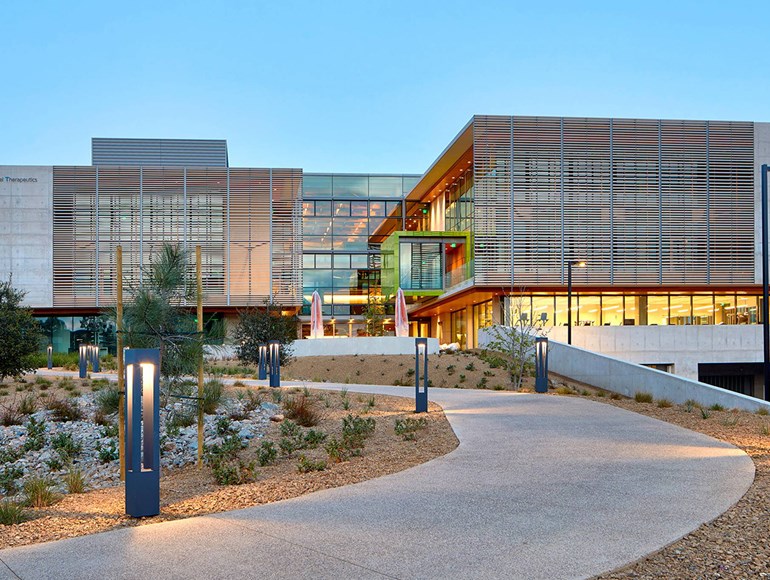 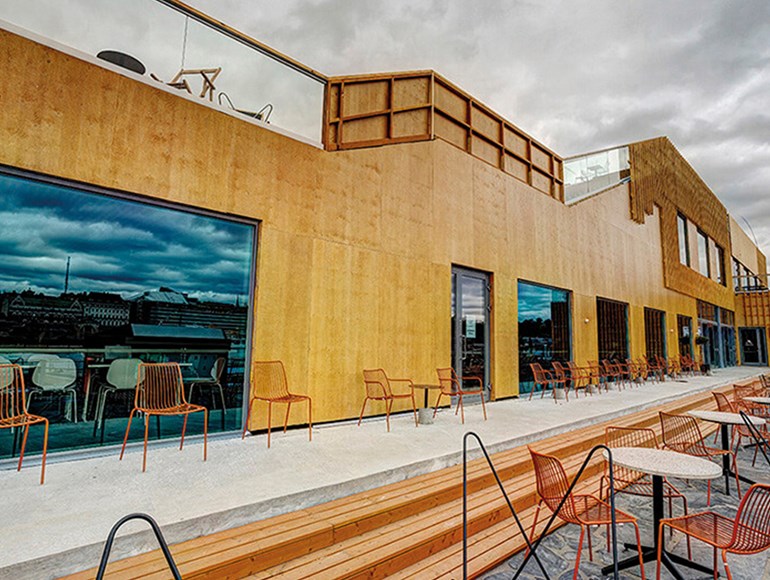 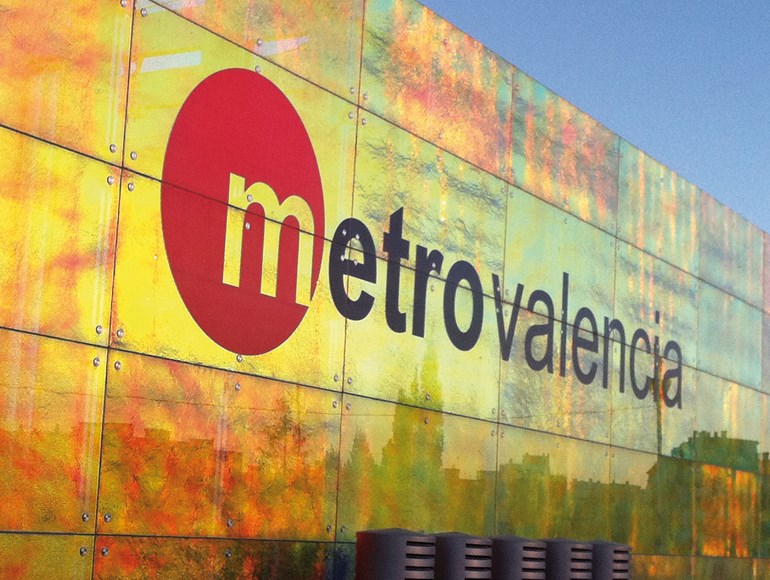 Our greatest guarantee is your satisfaction